We fight against bullying!

BULLYING is an unwanted, aggressive behavior among pupils involving real or perceived power imbalance and has 5 types:

Bullies have disturbing behaviours in adaptation to school, Bullied students -are alone,less popular & have absence problems.

We want to conduct a study involving students. Our students will write short film scripts for each kind of peer bullying periodically and take part in international teams and make short films. The short films will be shot during the mobility of our Ka 229 project. All our etwinning activities will be conducted in parallel and integrated with our Ka229 project. 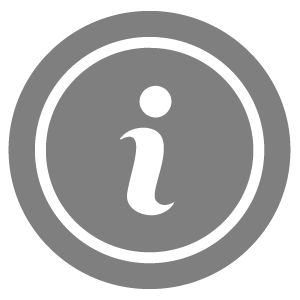 Bullying is one of the major problems...

... and has a negative effect on all students.  Bullying is stronger peoples’or groups’ repeated application of physical and psychological pressure  on less powerful people and groups. The incidence of bullying is seen changes depending on countries, cultures, students' ages and the measurement tools used.

Bullying behavior is divided into two groups as directly and indirectly. It is reported that boys are more exposed to indirect bullying while girls are more exposed to indirect bullying and physical bullying is more common among small grades and verbal bullying increases as the class progresses.  Some characteristics related to the educational environment such as school personality, school size, class size, school environment and teacher behaviors have been found to play a role as well as personality traits of the student, peer group relations (becoming a member of the gangs), violence trends.

Bullying is an unwanted, aggressive behavior...

... has an attitude that brings an imbalance among young people and can be a combination of the five types of bullying commonly encountered in society: verbal, physical, social, sexual or cyberbullying.

... have withdrawn, socially maladaptive behavior that leads to imbalances in emotional management, depression and even suicides. They have difficult behavior and cannot adapt to the conditions of daily life or cannot cope with the inherent situations in their life.

... you can distinguish them as very withdrawn, less social persons, often with unexcused absences from school or lack of desire to participate in collective activities. In order to prevent these situations and to prevent more serious ones, the project wants to study this phenomenon together with the students we educate.

Our students will create short scenarios for transposing them into films,..

The purpose of this project is:

* to offer an open education in which to apply in practice current practices in a digital;

* to reduce rate of school dropout, early school leaving and the disadvantages resulting from it

* to  develop the skills of using the computer and web2.0 tools

* to increase attention to bullying / harrasment of any kind

* to change some situations that can fuel this problem in schools

* to contribute to the formation of a consciousness of European Citizenship by teaching the basic humanist skills, as respect, communication, emphaty, compassion and kindeness

* to promote  tolerance in and outside Europe

*  realization, promotion of the whole work of the work-teams by integrating into Etwinning as a good practice for larger communities

* to raise awareness of bullying prevention all the time